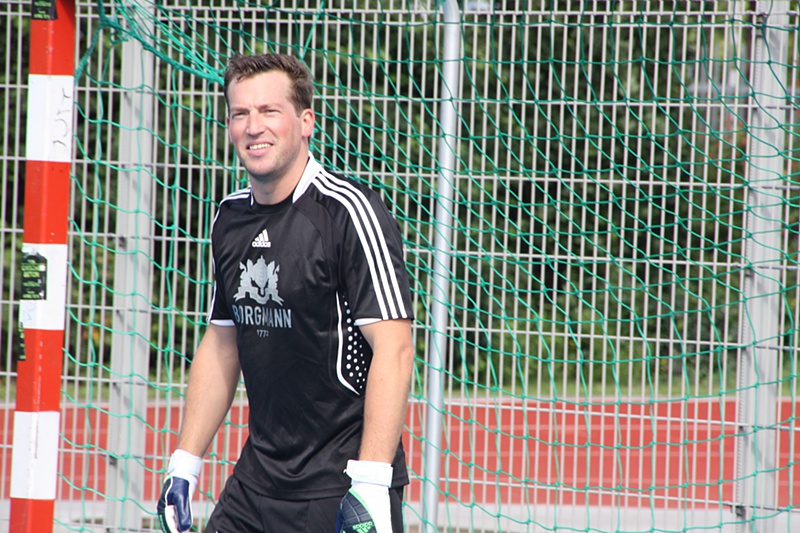 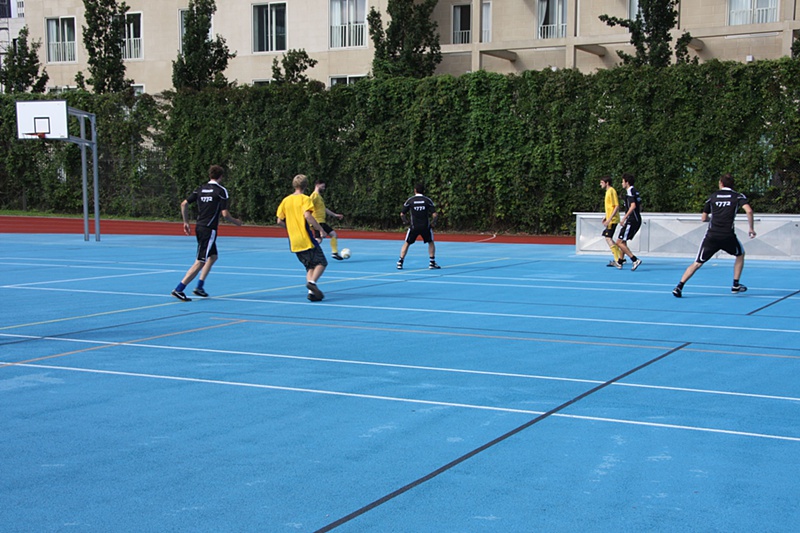 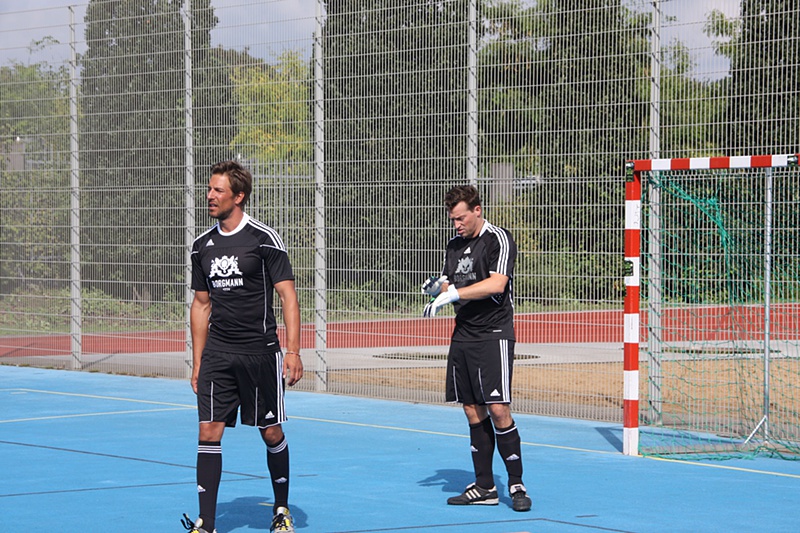 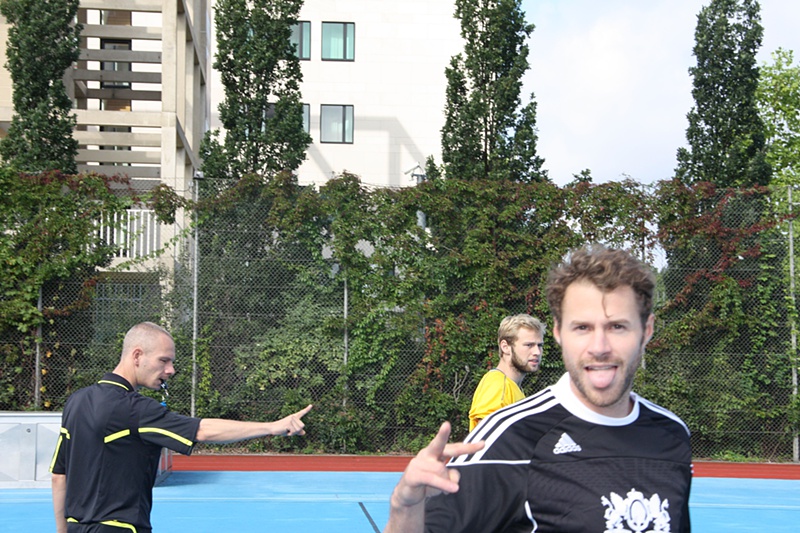 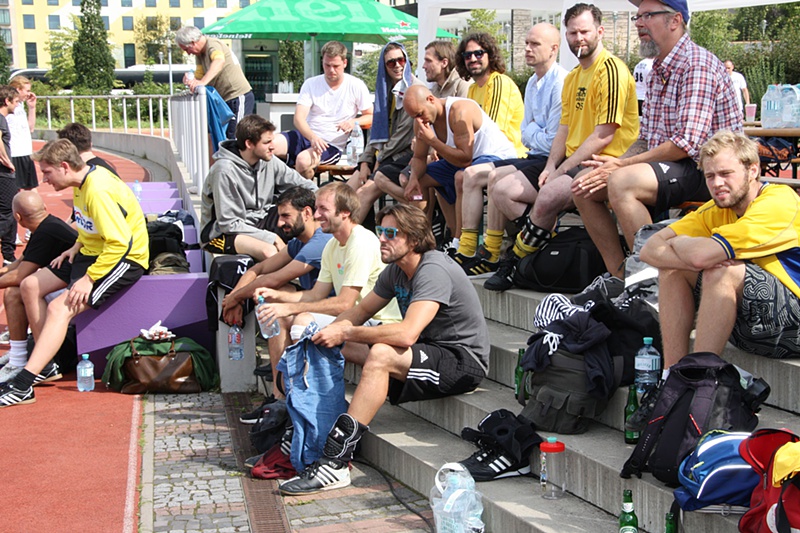 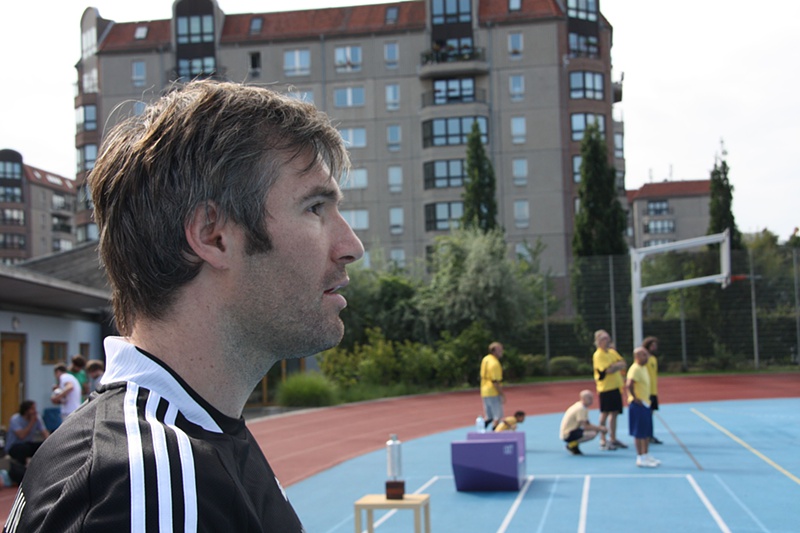 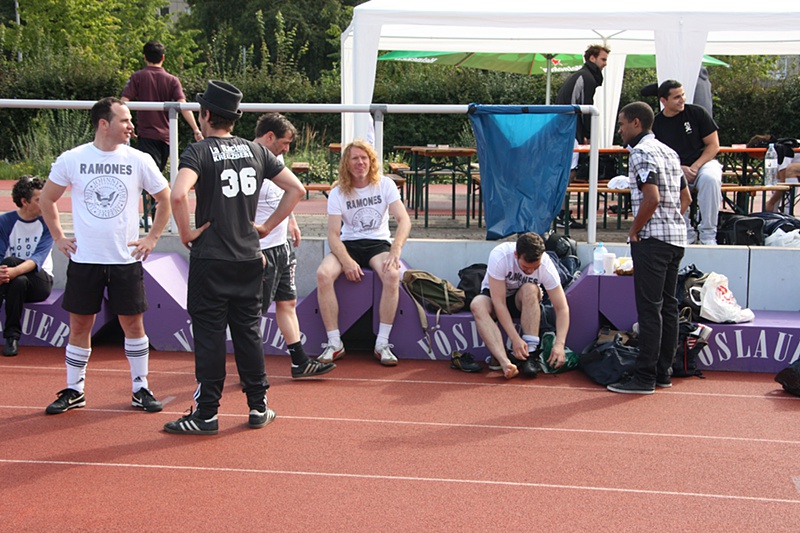 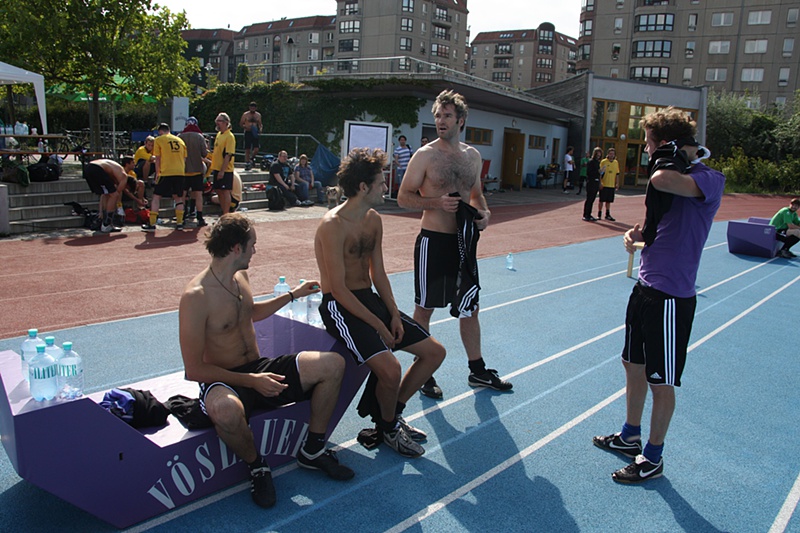 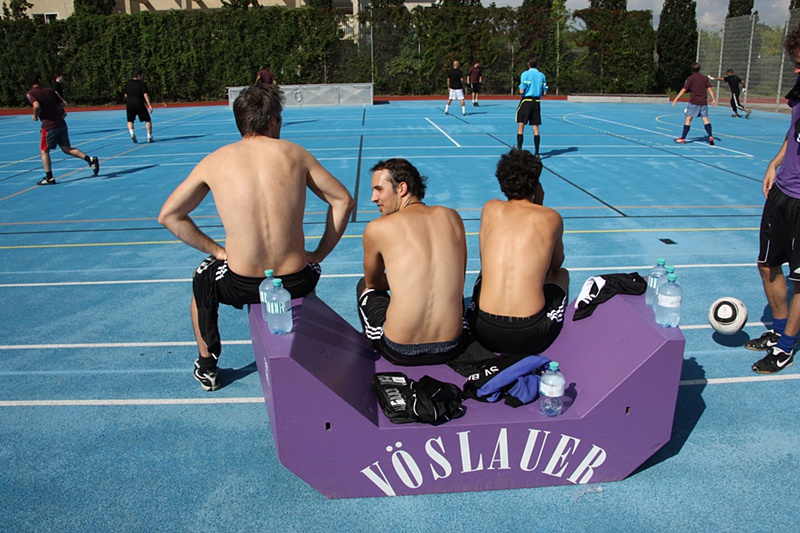 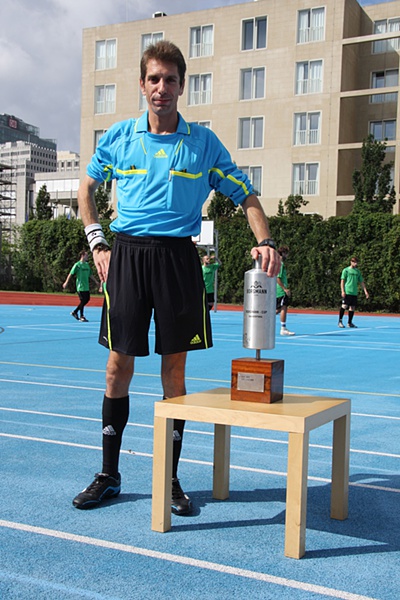 This year’s Cup was perfect not only in terms of weather. After the heat period of last year’s Cup with around 40 °C on the field, and a thunder storm during our 2009 Cup, the weather played along surprisingly well this time. And what is more, all teams arrived in great mood and excellent condition. It wouldn’t be our renowned Borgmann Cup however, had there not been at least one surprise. This time it was Team “Lining” who turned up highly motivated but completely wasted and had to be completed by players of the competing teams. Moreover, Team “Grill Royal” was set up for the most part by players of Team “ King Size” and Team “August der II”. Full of strength and enthusiasm, Team “Cookies” was right away traded this year’s most promising act, while newcomer Team “Felix” firstly had to get settled into this competitive environment and stand up to experienced chaotics such as Team “La Raclette”. The second newcomer, Team “Weekend”, on the other hand was entirely present, and unflappable right from the start. Against most expectations, Team “Borgmann1772”, promoter and organizer of the Cup, reached the final round where it won against last year’s champion “Lodown” during the penalty round. Cheers to that and see you all next year!